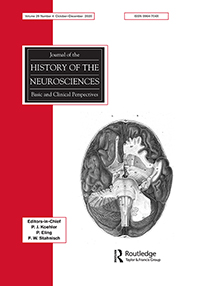 Synesthesia is a rare neurological trait that causes unusual, often cross-sensory, experiences (e.g., seeing colors when listening to music). This article traces the history of synesthesia in the period 1876 to 1895. In this period, there was considerable debate over the nature of synesthesia, its causes, and how it should be named. The issue also attracted the leading thinkers of the time and, within a few years, the number of reported cases of synesthesia jumped from around ten to more than 100. For this reason, this period can be regarded as the ``golden age'' for synesthesia research in the nineteenth century. In this time, scientists debated whether synesthesia was a form of pathology or an alternative manifestation of intelligence. The differing roles of heredity and environment were contested, and there were several explanations proposed as to its neural basis. These enquiries went to the heart of the debate as to whether synesthetic experiences are special in any way or, instead, a more vivid manifestation of a more general capacity for forming associations.

Type
Journal article
Publication
Journal of the History of the Neurosciences